Bryan Fuller's Next TV Project Is Adapting Interview With the Vampire

TV has been a sad place for vampires lately, with The Vampire Diaries and The Originals both coming to a close on The CW and Midnight, Texas failing to take a bite out of audiences like NBC expected. That could all change soon though, since Bryan Fuller is currently developing Anne Rice's Vampire Chronicles for Paramount TV.
( Collapse )

Nov. 8, 2017 marks the 170th anniversary of Bram Stoker's birth. Though the Victorian author did not initiate the myth of the vampire into pop culture (legends of bloodsucking creatures date back centuries), he at least perfected it. Stoker's Dracula has come to be the most influential vampire of them all — his Transylvanian roots, ability to control his victim's minds, love of darkness, aversion to garlic and metal stakes, and the sexual undertones of his blood-sucking have cast a long shadow over how we envision vampires ever since. Stoker's Dracula was further immortalized in Bela Lugosi's portrayal of the titular vampire in the 1931 film, forever linking the ill-intentioned count with our perception of blood-sucking creatures.
Check out 23 more literary vampires that don't suck. 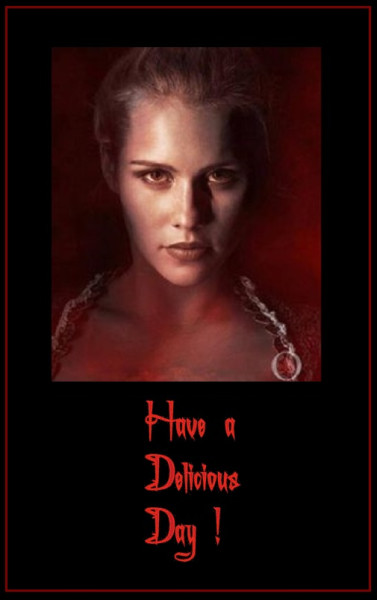 Dozens of actors have portrayed the vampire hunter Abraham Van Helsing, but next year will see a new reimagining of the Dracula character. Syfy has picked up Van Helsing, a sci-fi action series that will center around a female lead.

The show will focus on Vanessa Helsing, the next in line of a lineage of vampire hunters. After being resurrected five years in the future – when vampires have taken over the world – Vanessa must fight to save humanity.
( Collapse )

Buffy the Vampire Slayer star Juliet Landau is sinking her teeth into another bloodsucker-themed project. Landau, who played Drusilla on the Joss Whedon-created show, is today launching an Indiegogo campaign in support of her vampire documentary, A Place Among the Undead. The project is codirected by the actress and her husband Deverill Weekes and features interviews with Whedon, Tim Burton, Gary Oldman, Willem Dafoe, Anne Rice, Robert Patrick, Charlaine Harris, Steve Niles, Fright Night director Tom Holland, and Underworld cowriter Kevin Grevioux, among others.
( Collapse )

It’s time for the three women in Dracula’s inner circle to hit the small screen. NBC has given Brides of Dracula — from writer Roberto Aguirre-Sacasa (Glee, Archie) and producer Greg Berlanti (Arrow) — a pilot production commitment, EW has confirmed.
( Collapse )

The last great epic that Francis Ford Coppola directed was Bram Stoker’s Dracula in 1992. Gary Oldman played the creepy Count and Winona Ryder was the English beauty who fell under his spell. It was as much a romance as a horror film, but Coppola was mostly loyal to Stoker’s 1897 Gothic novel, and determined to make the film look and feel like an Old Hollywood monster movie, with practical, old-fashioned effects.

Take, for example, the Count’s shadow. In the film, Keanu Reeves’ lawyer travels to Dracula castle on business. When the nocturnal host appears, his shadow has a mind of its own, imitating its master’s motions only slightly and often revealing his true intentions. In an exclusive interview from a new Blu-ray, Coppola explains how a “shadow wrangler” mimed Oldman’s actions from watching on a video screen. Coppola chuckles a bit, since the shadow may have been expected to do a more precise job, but the effect of the imperfections added a surreal and warping chill to the character.

What Spinal Tap did for dim heavy-metal rockers, What We Do in the Shadows (on Blu-ray and DVD Tuesday) does for the bloodsucking contingent. Written and directed by stars Taika Waititi and Jemaine Clement (of Flight of the Conchords fame) the mockumentary follows vampire flatmates in New Zealand and how they get by in the world — in the case of Clement’s ornery Vladislav, that means 862 years of rockin’ it fang style. Like everyone, they have to get up to speed for modern times, and Vlad learns about social media from their human computer-programming guy Stu (Stu Rutherford) in this exclusive deleted scene from the horror comedy. There’s a woman named Caroline who is Vlad’s friend on Facebook who’s not really his friend per se — we’ve all been there, Vladster! — and he decides to “poke” her though he’s a little irked at what she might do in return.